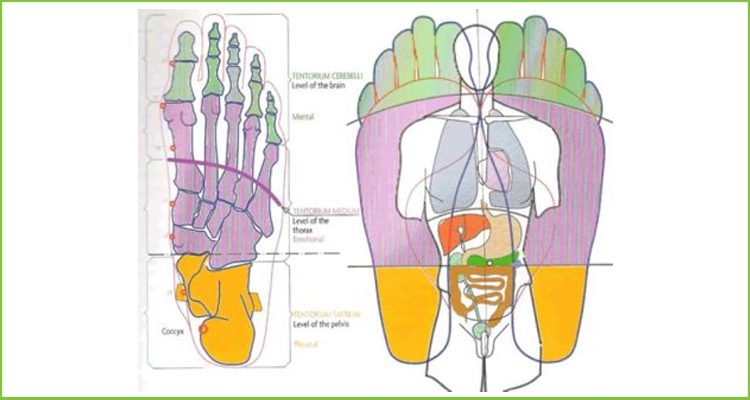 Back to the accredited page

‘A healing art is inferior or superior to the extent that it can awaken the life force.’
– Paramhansa Yogananda

CranioSacral Reflexology (CSR) is a new and uniquely inspired approach to working the zones and reflex areas of the feet. CSR integrates the principles of Reflexology, Cranial Osteopathy and Cranio-Sacral Therapy.

Unlike traditional foot reflexology, which focuses on the general systems of the body and its parts, the focus and intent of CSR is to enhance the flow of the cerebrospinal fluid (CSF) in the body, by working on the reflex areas related to the craniosacral system, consisting of the CSF and the membranes (meninges) which surround and protect the brain and spinal cord, the bones and sutures of the skull and the spinal vertebrae and the twelve pairs of cranial nerves.

The CSR technique on the feet is very fluid, in the sense that the reflexogist’s hands work in a continual spiral motion on the feet of the receiver. (This in itself reflects the constant motion of the cells, molecules, nerve synapses and fluids in the body, as well as the DNA helix). A series of CSR sessions has the effect of ‘unwinding tissue’, awakening cell memory, and balancing the nervous system and the flow of the cerebrospinal fluid.

The Soul Swims in the CSF

The cerebrospinal fluid (CSF) is a clear, colorless fluid which bathes and protects the CNS (brain and spinal cord). It also plays a very potent nutritive role for all the tissues of the body. Dr. William Sutherland, founder of Cranial Osteopathy, was so impressed with the potency of CSF, he referred to it as “Liquid Light.” It is said to be the ‘great river of life in the body’ (Andrew Still, father of Osteopathy). The CSF also plays a crucial role in the function of the central nervous system. It is thought that all energy systems (chakras, nerve plexuses and meridians) communicate with each other via the cerebrospinal fluid.

At the core of the craniosacral system is the Primary Respiratory Mechanism (PRM), otherwise known as ‘the breath of life’. The PRM is an involuntary, rhythmic movement, found throughout the body, which is similar to the ebb and flow of an ocean tide. This movement is separate from that of breathing or of the heart rate.

The PRM underlies all of life’s processes, starting before the unborn embryo’s first heartbeat, and remaining up to 15 minutes after death. It is the ‘spark that gives rise to the breath’, and the foundation of metabolism. It has an inhalation (flexion) and an exhalation (extension) phase, which the CSR therapist learns to palpate and sense.

CranioSacral Reflexology was developed by Martine Faure Alderson D.O., international lecturer and author of the book ‘Total Reflexology’. CSR is the result of Martine’s research and observation during her 40 years of practice as osteopath, acupuncturist, homeopath, reflexologist and medical herbalist.

The inception of CSR was inspired through an experience with a young client, a 5 year-old who had fallen and seriously injured her chin. The fall compressed the jaw, teeth, upper part of the nasal bone and the SBS (sphenobasilar synchondrosis – an important juncture of the sphenoid and occipital bones inside the skull). The child was in extreme pain, clinging to her mother and because Martine could not work directly on her head, she worked on her feet.

Combining her knowledge of anatomy and physiology with her expertise in Reflexology, Martine worked the area where she believed the SBS to be located. The reflex was painful and congested. She palpated the big toes discovering the location of maxillary reflex. She also worked all of the toes, the reflexes for the jaw, the coccyx and sacral reflexes.

This approach was entirely experimental and the method evolved and developed as the work progressed. Over three days Martine worked and successfully relieved the child’s condition.

This experience prompted her to develop a new approach to Reflexology. Designing this unique treatment took 10 years and subsequent years of research to develop the teaching program of CranioSacral Reflexology (CSR), as we understand it today. Her groundbreaking work has taken reflexology to whole new levels.

From 2000 to 2006 Martine and a group of her students undertook research in the Marie Curie Institute in Paris. The research examined the effects of CranioSacral Reflexology on the wellbeing of individuals with cancer. The scope of the research expanded to include four additional hospitals worldwide: the National University Hospital of Iceland, Reykjavik; the Adventist Hospital, Sydney; the Charles Gairdner Hospital, Perth; and Michigan State University Hospital in the USA.

The research established that Cranio Sacral reflexology contributed to better mental and physical wellness and lessened pain. It had a particular impact on psychological factors such as depression and anxiety. Through her research Martine developed her Craniosacral Reflexology Lymphatic protocol.

CSR is effective on a variety of system dysfunctions, often stemming from emotional or physical trauma, such as whiplash. CSR students learn to listen for and assess the movement and rhythm of the cerebrospinal fluid (CSF), identify the reflex areas for the cranial nerves and sutures of the skull and utilize an elegant methodology that helps unwind the body’s holding patterns, free up the flow of fluids in the body and release long held tensions.

(Note: CSR is not to be confused with CST, or Craniosacral Therapy, which is a gentle hands-on technique on the whole body). 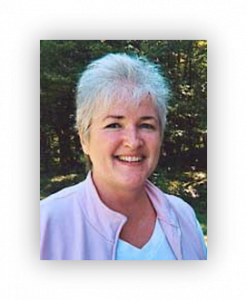 She is current president of the RAC Montreal Chapter.

The CSR post-graduate, in-depth training consists of two levels of four days each, home study, case study practicum, group practice sessions and mentoring over a period of one to two years. 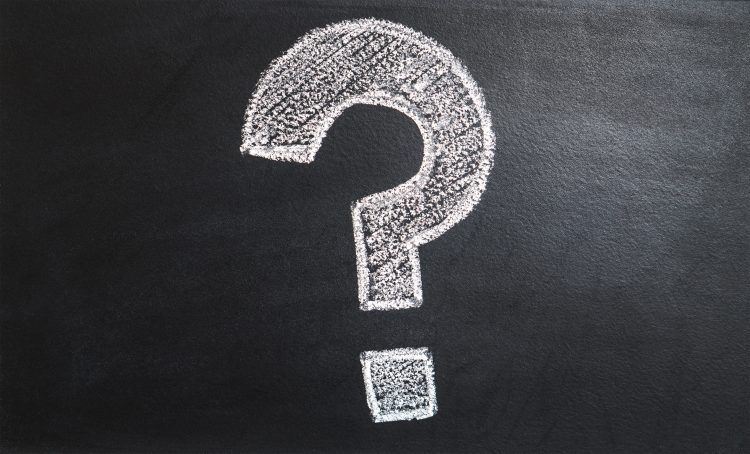 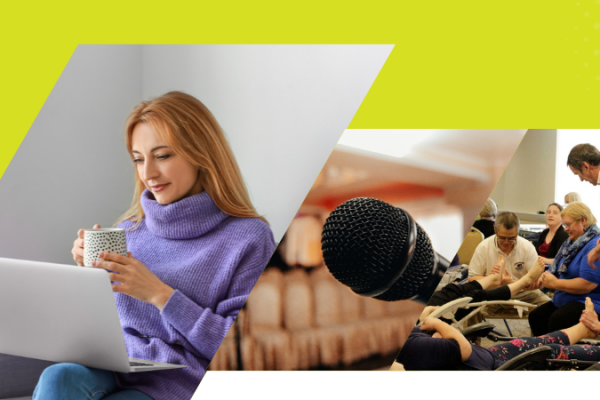 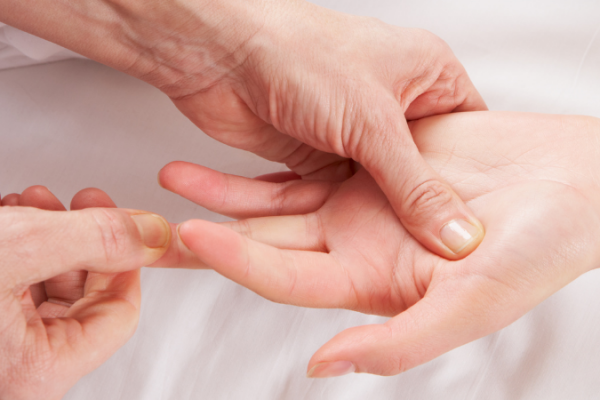 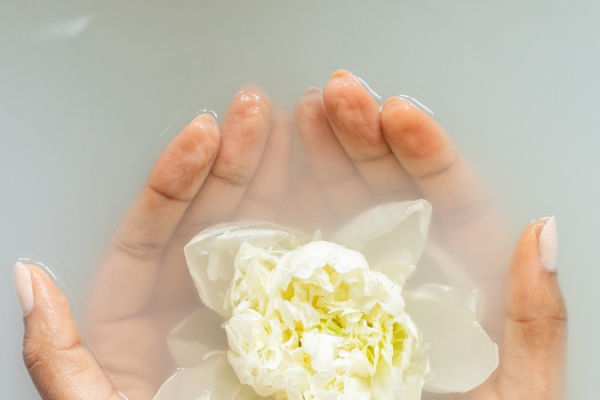 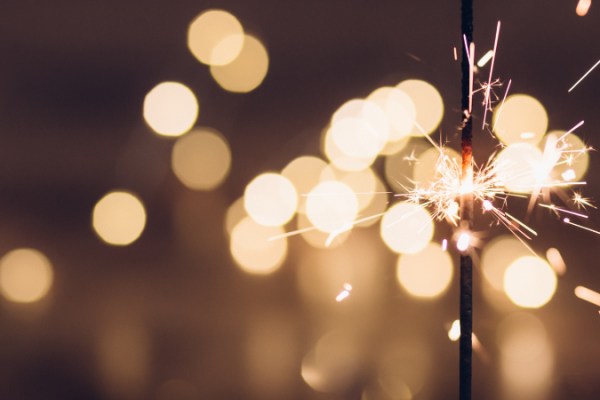 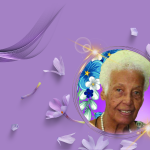 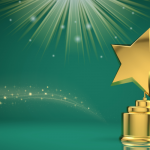 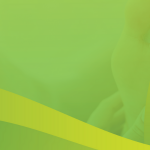 🍁 Happy Canada Day everyone! . Wishing you all

Our office will be closed tomorrow for Canada Day.

😴 Research has shown Reflexology to be a nonpha

Why RAC? . Membership with RAC provides a range of

June 21 is National Indigenous Peoples Day. This i